What platform to use when blogging? And why? What to do when your choice was a mistake and you have to migrate? How to keep your data, the precious posts you wrote, and get the hell out to some greener pastures? Finally, which pastures to choose and why?

It was mid-2012 and looking for a blogging platform I picked Blogger. Seemed legit, backed by a tech giant (Google), it sounded like a reasonable guess. Sure, some things were off – including code samples was not well supported. But hey, nothing I couldn’t hack around. As years rolled on, it became clear that Blogger in not the sweetheart to the powers at Google. The platform was near-abandoned, receiving few updates and falling further behind than competition. I wanted out but I didn’t know how. Meanwhile, together with some friends at the Hack’n’Tell I saw Jekyll being used to manage a static website.

Why Jekyll then and not something else? It is no mystery that there are three main static site generators out there

You might wonder why is the Jekyll the coolest of the lot? Well, let me let you in on a secret - what if doesn’t matter if it’s sexy? In my hands, Jekyll did the job remarkably well and was super-simple. I used Jekyll for a side project, had a productive experience and decided to pull my old Blogger posts into my new Jekyll landing page. What more do I need than fewer headaches with experimental tools?

This will be a simple-enough: a 3-click operation. Start by heading for the settings 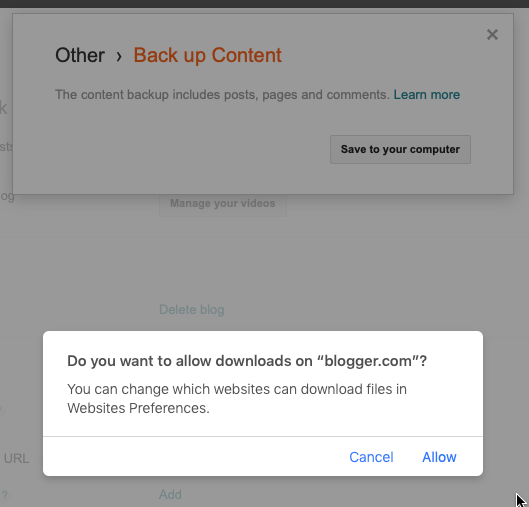 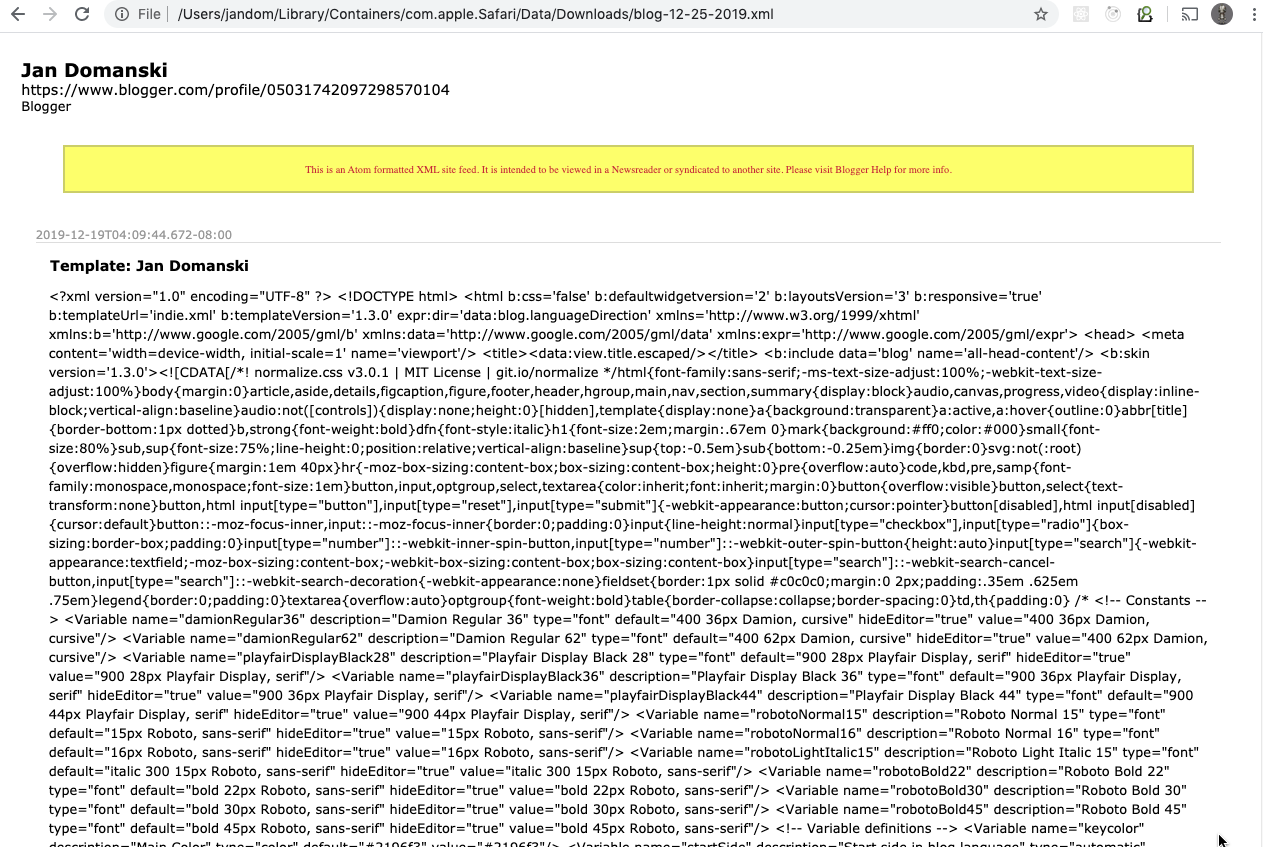 Oh happy times, it’s just a massive XML file. That’s all great but who’s in a mood for writing a custom parser to deal with this? You – maybe, me – absolutely not!

Luckily for us somebody wrote a plugin for that. All that’s required is some magical incantations of terminal commands.

Install the gem jekyll-import (this may required root permissions)

And then let’s rumble, update the source and point it to the blog.xml file

Further docs about this step can be found here

Now all your posts should be happily converted into _posts and _drafts directories. Let’s verify that:

Great! All files are neatly there – we’re done with Step 2!

Step 3: Adding the posts as a collection in Jekyll

We finished Step 2 with the massive XML converted into individual posts and drafts, and verified that everything has been migrated.

What remains then? We’re done right?

With the default Jekyll configuration, you’re done: anything in the _posts directory is a ‘collection’ in Jekyll-speak. If you want to put your blog posts elsewhere, you can by adding a custom collection.

So that was pretty smooth but were there no wrinkles at all? There is a number of things lost during the migration

The last point, about code blocks, may be addressed by importing the relevant JS library that I used for code formatting.